Sip the essence of various countries through their Teas

Sip the essence of various countries through their Teas

Every country has a charm of its own. From Paris’ Champs-Elysees to Delhi’s Chandni Chowk, every street’s tale is enjoyed best with its cup of tea.

Just like the richness of culture, each culinary creation has a story attached to it, with a cup full of trivia to be savoured on the side. Though visiting every city’s nook and corner might be cumbersome, here begins a delicious tea party from different corners of the globe and why exactly are they loved so much.

MOROCCO’S HEARTBEAT
Moroccan tea equals creating art in a way. Tea and shopping are synonymous when in Morocco as you sip your way through the by-lanes of colourful rugs and art pieces. Tea signifies a way of life out there, with green tea being quite a popular delight- to be specific the Chinese gunpowder tea. Moroccan tea is always mixed with sugar, so in case you don’t want too much of it- be sure to inform the server beforehand.


Making Moroccan Tea
Moroccan tea takes time to learn. The process starts by adding water and loose tea leaves directly into a tea kettle. The kettle is placed onto a gas burner until it boils. When it reaches this stage, fresh mint and sugar are added into the pot, steeping for about five minutes. If one prefers, one can heat up the water again while the mint and sugar steep, or let it stay untouched. Once done, the grand and beloved ritual begins.

Trivia
If you would notice, Moroccan tea is always poured from a height and is served three times. One version of it is to test how good the tea is. In case it creates a foam at the top of the glass, it is good; if not the tea is bad and you should start over.

You would also notice that the first/ second cup is mostly discarded or put back into the kettle after pouring, as the toxins are released into the first two glasses- making the tea bitter.

THE SRI LANKAN WONDER
Even though the Sri Lankan territory isn’t as large, it has an enormous range of elevation, climate, soil type, and weather which are key factors in how tea is grown out there, and in turn its varied taste. The character and flavor of Sri Lankan or Ceylon tea is as vast and varied as its changing terrain. The changing tea flavour depends on the altitude- the higher it is, the lighter and subtler the flavour and colour.


How to make Ceylon tea?
Ceylon tea is enjoyed as both a fresh hot brew or as an iced tea. Lemon, sweeteners or milk may be added to even out its bitter flavour. As there are so many varieties, the process is varied as well.

Though for a highly followed recipe, this is what is recommended:

Preheat a teapot and teacup by filling them halfway with hot water
Pour the water out
Add about a tsp of tea leaves for every 8 ounces of water. Fill the teapot with boiling water, cover and let it steep for about five minutes
The longer its brewed the greater the caffeine content and flavour
Trivia
There are many private tea tasting tours that take place in Sri Lanka- the main one at Dilmah’s headquarters in Colombo. Tea is so famous in Sri Lanka that a museum called the Ceylon Tea Museum in Kandy is dedicated to it.

INDIA’S ORIGINAL MASALA
Walk into any Indian household and the first beverage wafting through the kitchen has got to be the Masala Chai. Preferences abound in the way tea is made in India- some like it watery, while some prefer a cup full of milky tea. India, being one of the world’s biggest producers as well as consumers of tea has got to be creative with their tea and they definitely are.

Most famous for its masala chai, there isn’t a day which begins without a cup- many cannot get out of bed without it and, it’s not a joke.


How to make the famous Indian tea?
The Indian masala chai is very easy to make. It combines black tea with milk, sugar, ginger and cardamom. Other spices may also be added depending on the region and family recipe- some people prefer jaggery over sugar.

Begin by grounding your preferred spices- cardamom, ginger, cinnamon, etc in a mortar.
Boil water and add some tea leaves to simmer, boil until the water turns dark
Add the spices
Add sugar/jaggery
Pour in the milk in the quantity you prefer
Trivia
Indian chai is sold on every street corner by chai wallahs in small clay cups called kulhads. As for tea plantation vacays, you can tour or stay on plantations in mesmerising destinations like Darjeeling in the North East or Kerala in the South.

THE CHINESE TEA CULTURE
China can be called the homeland of tea culture. It is the epicentre for tea ceremonies with elegant tea houses standing as beacons of its culture. You can find tea in all flavours and colours in China- be it yellow, green, black or even red. It is said that wild tea trees were farmed in China over 3,000 years ago.

There are plenty of interesting things to be learnt about tea in China. It was primarily used as a medicine when ancient Chinese boiled fresh tea leaves and drank the infusion to get better. Just like the ancient history of tea in China, there are a myriad number of teas with different flavours abounding different regions.

The consumption and preference of tea also changes with the change in location- people in Beijing prefer flower-scented tea, like jasmine tea, while people in Shanghai prefer green tea.


How to make Chinese tea?
It’s impossible to have one recipe for the varieties of Chinese teas, as different teas require different processes. Although, we will be picking the famous green tea, which is also a great antioxidant.

If you have green tea with delicate leaves, this is the best method to enjoy a perfect brew:

Boil water in a vessel
Add about a gram of tea leaves for every 50 ml of water
Allow the tea to infuse for 2-3 minutes
Pour through a sieve and drink up
Trivia
In China, the Sichuan Province is especially renowned for its tea houses. They act as sociable venues for gossip, mah-jong and other fun Chinese games. Also, one cannot miss the The China National Tea Museum in Hangzhou, a city surrounded by the famous longjing tea plantations.

THE BRITISH HEART
No one knows their tea better than the British. Known as the true explorers of all things elegant and pristine, they are the ones who came up with concepts of afternoon tea and the famous high tea. The afternoon tea is also accompanied by tea cakes and savouries- with very interesting etiquettes.

In the beginning, tea was reserved only for the rich as it was pretty expensive. The aristocrats caught on the habit, giving way to beautiful tea shops. As a tourist, going to one is bound to be on one’s itinerary.

As to when tea became a drink of the British masses, one cannot miss the invention of the teabag and the widespread import of tea from India. Interestingly, the most famous teas in Britain are the Indian teas- Ceylon, Darjeeling and Assam.


Brewing the perfect cup
As rich as the culture of tea, even the processes employed to make the British cup are vast.

In sync with world traditions, the British like to heat their teapot first by filling it with hot water and then discarding it. While a majority of the country has now shifted to the tea bag, the connoisseurs stick to using tea leaves.

Similar to the Indian masala chai, sans the masalas- the British tea making recipe is similar except for the choice of the teapot in place of the steel pot in India.

Once the tea leaves are boiled, a cup of milk is added, or not- according to one’s preference.

Trivia
There is a whole lot of trivia when it comes to British tea- or should we say the traditions associated with it. Whenever you order cream tea while visiting Britain, you will be served with a platter of delicious cream scones, accompanied with jam and cream.

Also, as to the inception of the afternoon tea, there is another fun tale. It is said that a hungry duchess, Anna Russell noticed that she had a sinking feeling at that time of the day. So, she had tea with bread and butter to feel better. When she invited her friends to join, the concept soon spread and well, is still prevalent today. 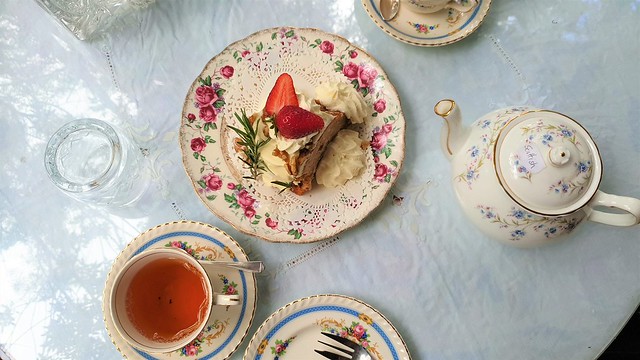 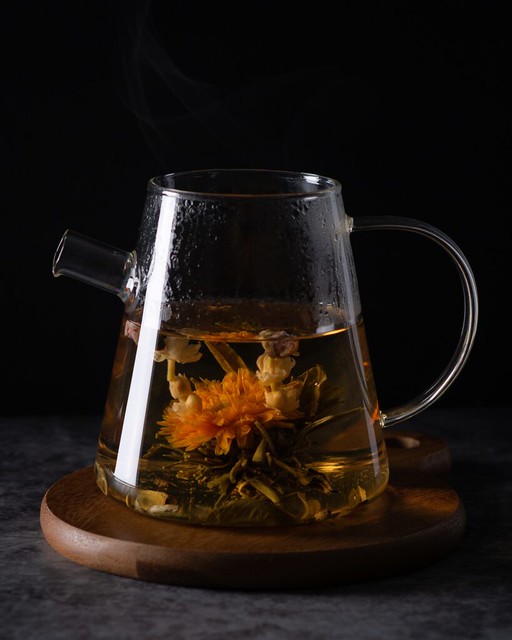 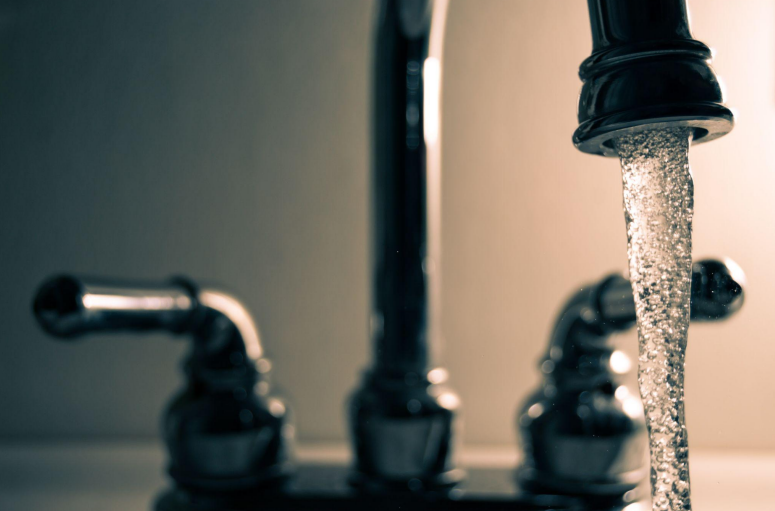 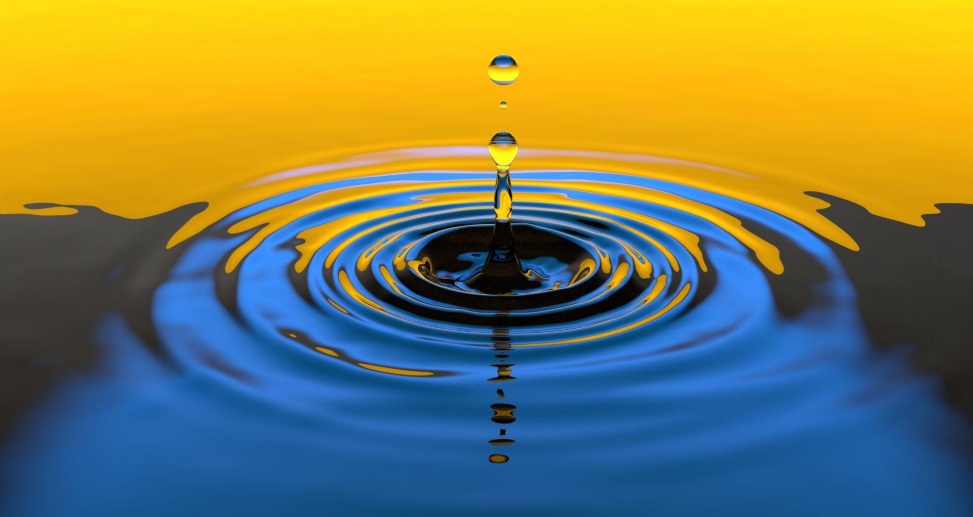 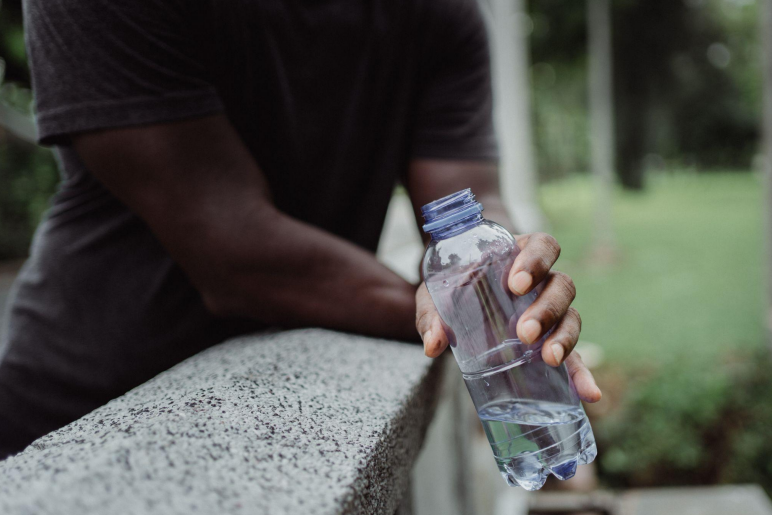 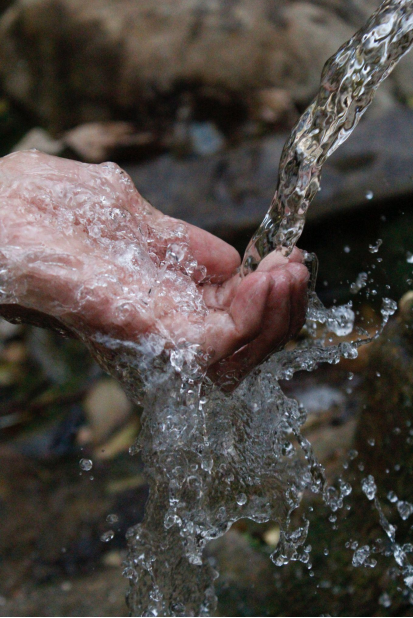 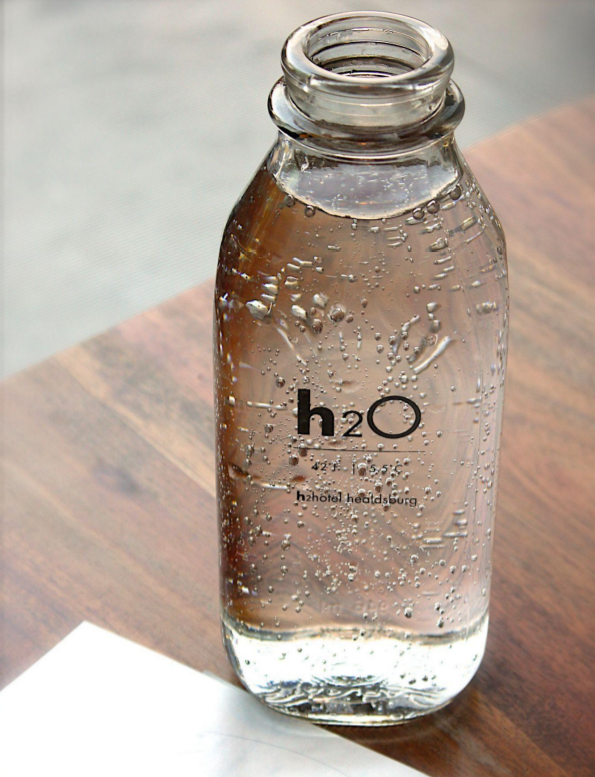 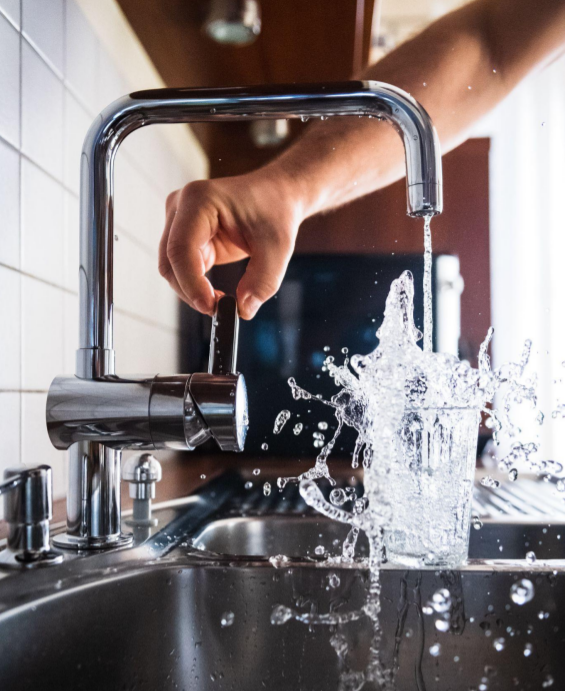 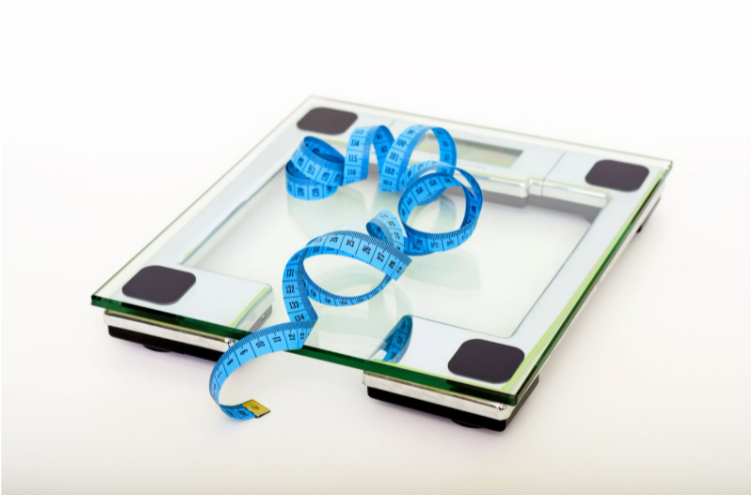 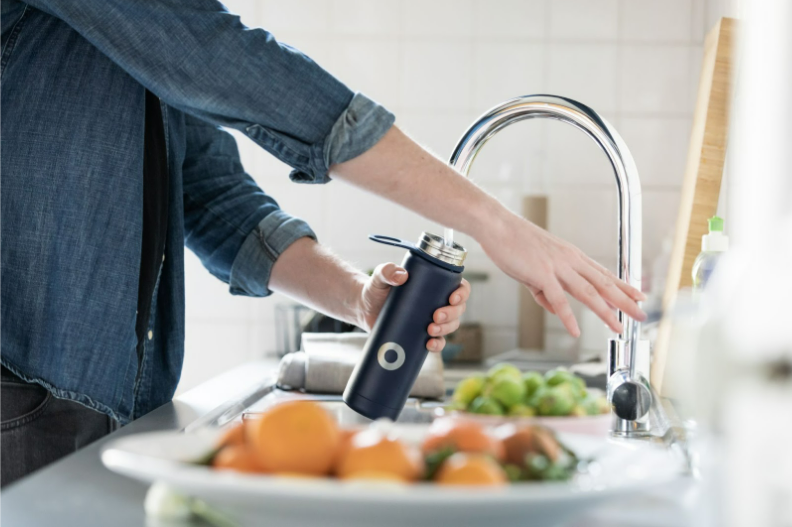 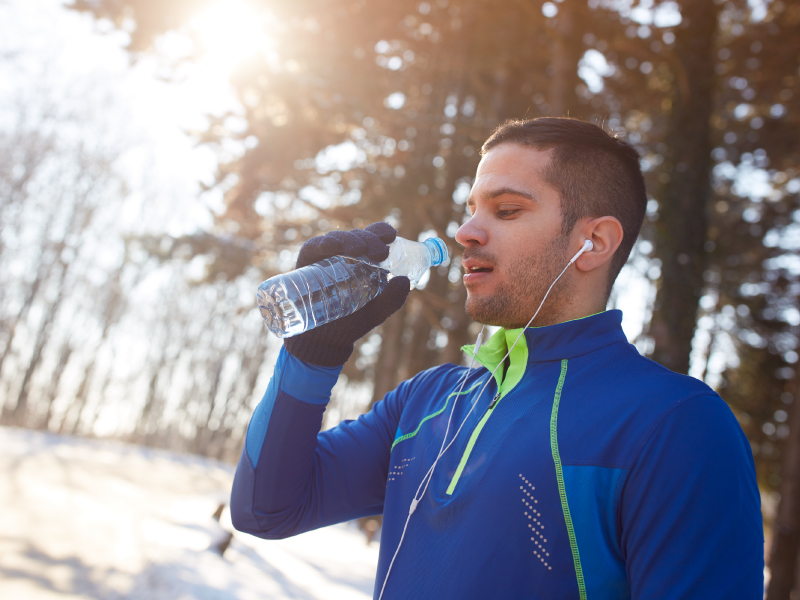